Check back later as we are creating this new page for you!

Information given by Rosemary Papetti Leonard

My ancestors settled in Henry/Carroll County, TN in the early 1800s. My pioneer great-great grandfather was James Brittain Wright b. 1802 d. 1880, who was married to Martha "Patsy" Endsley b. 1803 d. 1892. They purchased a farm, which is located on what is now called Joy Sparks Rd, McKenzie, TN in the early 1850s. My grandfather was William Talmadge James Brittain Wright, b. 1892 d. 1971. (Yes, that was his complete name. He was named after his own father and grandfather, as well as a well-known minister who his mother admired.)

This property was still in our family until 2021. We have held on to many of the belongings of the Wright family and are happy to share them with the museum. 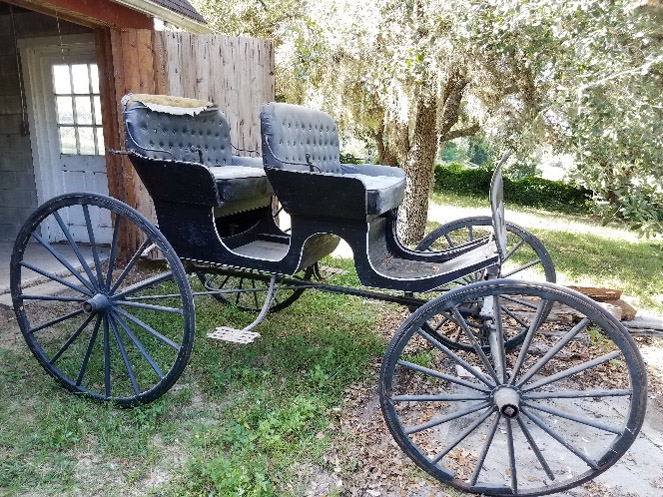 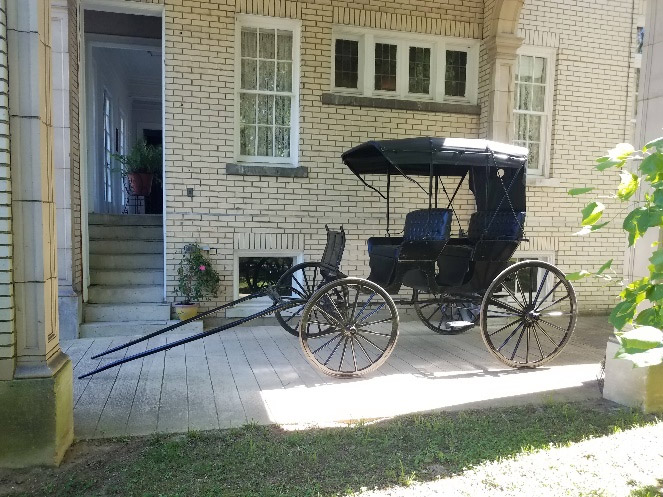 My mother, Barbara Jeanne Wright Papetti, b. 1926 d. 2017. The surrey was used by her family as transportation during her childhood. It was bought in the early 1900s, before she was born, and was not new at the time of purchase, so I do not know the exact age. A beautiful black horse pulled the surrey when it was first bought. When the family first obtained the surrey, their mode of transportation would have been horseback, surrey or wagon. They later acquired automobiles, and during that time, they still used the surrey, especially, during the Depression. My grandmother, whose name was Mary Lucy Welch Wright, was a teacher before she was married, and she had a Ford Model T. During the Great Depression, my grandfather used the engine from her Model T to power a  sawmill. He sold the lumber from this sawmill to help supplement their income, since times were so hard. They were especially glad to still have the surrey and wagon to use for transportation. Mother and her sister, Martha Elizabeth Wright Wharton, talked about taking the surrey to church every Sunday. They said that sometimes “preaching” would last all day, and when they came home late, they would have to use an attached lantern to light the way.

In regard to the family surrey that we donated to the museum - Repairs were done to the surrey, before we donated it. We found an Amish buggy maker in Ethridge, TN who agreed to make repairs and a replacement top. The wheels were repaired by an Amish wheelwright, who was also in the area of Ethridge, TN. The cost was over $2,300. My husband and I paid for the repairs and have donated the W.T. Wright family surrey to the Paris-Henry County Heritage Center where it is now at home at Cavitt Place under the tall stately portico, in Paris, TN. The slender and stylish surrey is a perfect fit for this property and home. 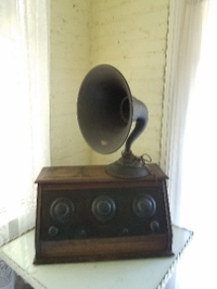 The above radios belonged to my grandfather. The radios came from the family home in McKenzie. Mother told us many stories of listening to the radio while growing up. She remembered hearing about the bombing of Pearl Harbor on the radio.  I could always picture them sitting around the radio when the terrible news came. She also told of listening to the original broadcast of War of the Worlds. She said that their family knew that it wasn't a real attack but just a story. When she was young, she and her sister, Martha Elizabeth Wright Wharton, had many chores and work to be done around the farm. They always hurried to get finished before their favorite radio show was on, and they would run to the house and listen. My favorite story though, was that after the children went upstairs to bed, they could still hear their father listening to the radio below. Very late, every night, when the station signed off the air, it always played the National Anthem. Mother said that each night, she would get up out of bed and stand with her hand over her heart while it played.

The World War II Navy uniforms belonged to my father, Clarence James Papetti, b. 1920 d. 2011. My parents met after World War II, while taking classes at the University of Tennessee, in Memphis.
Column 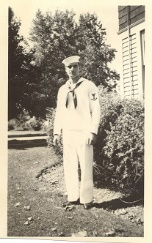 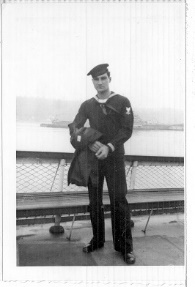 My mother, was in the

Cadet Nurse Corps during World War II and had a lifelong career as a registered nurse. Due to a shortage of nurses at home and overseas during World War II, there was an effort by the federal government to recruit and educate nurses as well as expand and improve training.  A United States senator from Ohio, named Frances Payne Bolton, promoted a program that would help with this shortage of nurses. It became known as the Bolton Act, and the Cadet Nurse Corps was signed into law in 1943. In exchange for assistance for tuition and training, the Cadet Nurse program required that the recipients complete their education within 30 months and then work as military or civilian nurses. I left a book with you that includes much more about the history of the Cadet Nurse Corps.
I have two types of my mother’s uniforms and a nurse’s cap. Below is a picture of the type that we have. My mother is not in this particular picture. I found the photo on the internet, but hers was the exact same. Also, I believe I left the cotton summer uniform with you. The poster is an example of one of many recruitment posters that were used  to encourage young women to “Enlist in a Proud Profession.”
Column 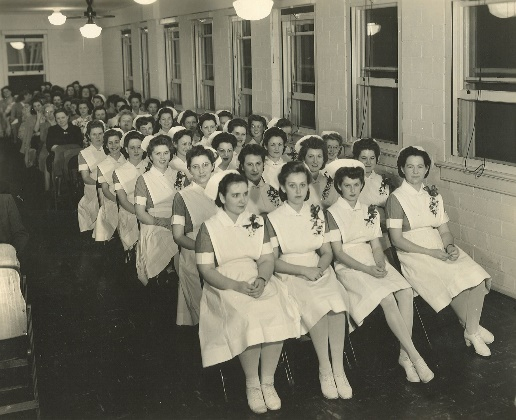 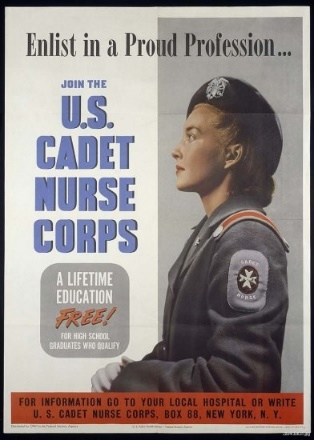 *Tours can be arranged any afternoon from 1- 4 PM.